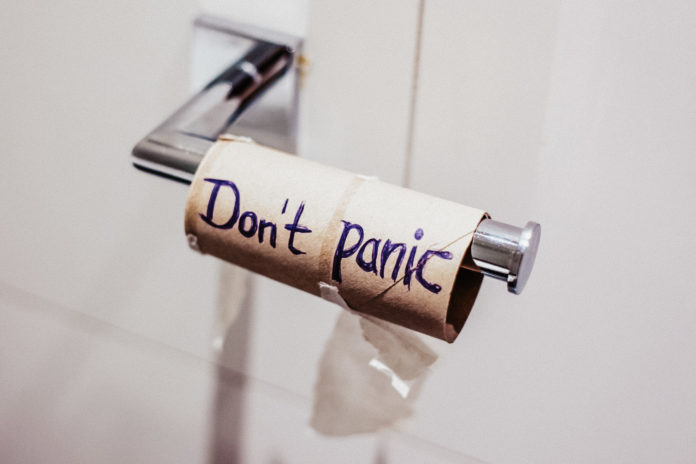 As I've got older and experienced more periods, I've learnt that the list of period-related side-effects is a lot longer than I was originally led to believe.

Most people recognise and are willing to talk about getting cramps and having sore boobs, but few are comfortable mentioning that their period also affects how they poo.

Talking about our toilet habits tends to make us feel a little embarrassed, so it is understandable why people are less inclined to talk about this side-effect than the other relatively PG ones. But this means that I have spent a good few years silently worrying that my body was doing something weird or that something was wrong.

I only realised that my body was behaving 'normally' when I moved to University and found like-minded (and like-bodied) peolpe who were confident with openly discussing all things body-related.

A huge weight was lifted from my shoulders when I realised that I was not the only one to notice toilet changes every month.

Sex-ed in UK schools barely scratches the surface of several topics relating to women's bodies, and it should. I should not have been left wondering (and worrying) why my body was doing certain things—especially because, as a teenager (if not at any point in your life), asking about bowel movements can be particularly embarrassing.

So on a mission for Women Who Self Care and in an attempt to bring awareness to period - poos, I contacted Dr Deborah Lee of Dr Fox Online Pharmacy and Mhairi Cochrane, the founder of sustainable pad brand Lilypads, to discuss periods, poo, contraception, and why what you're experiencing is likely completely normal.

Why do I poo more frequently when I’m on my period?

Dr Deborah Lee: Day one of your period marks the beginning of a new menstrual cycle. The first part of the cycle is called the follicular phase.

During the follicular phase, gastric transit speeds up, so less water is absorbed from the gut contents, and stools become looser and more frequent.

Also, estrogen tends to improve gastric motility. Estrogen levels rise in the follicular phase and reach their highest-level mid-cycle in association with ovulation.

This may be another reason why you open your bowels more often and your stools are looser when you have a period.

Mhairi Cochrane: Putting it simply, period poos happen because prior to your period, your uterus begins to produce chemicals which smooth the muscles of the uterus, helping it to contract and shed the lining (menstrual blood) every month.

If there are left over chemicals or the body has produced too many, they will enter your bloodstream and will smooth other muscles in the body such as your bowels.

Being constipated during your period is also very common as low levels of these chemicals can prevent or slow down digestion.

Does the same thing trigger IBS when you’re on your period?

IBS symptoms, such as abdominal pain, bloating, and diarrhoea, tend to fluctuate and are often worse during the time of menstruation when estrogen and progesterone levels are low.

During menstruation, the endometrium (womb lining) is shed, which results in the production of prostaglandins – substances produced by the body in response to inflammation. Prostaglandins are known to increase gastrointestinal motility (aka, how frequently you poo).

Why do I get a shooting pain in my bum when I poo when I’m on my period?

Dr Deborah Lee: This is a more unusual complaint. However, if you are constipated in the run-up to your period, you may have to pass some hard, lumpy stools, which can be painful. Also, rectal sensitivity is increased during your bleeding days, meaning any general discomfort will feel worse.

Most commonly, endometriotic deposits are found in the pelvis, where they cause very painful periods. However, clumps of endometrial tissues can be found at many other anatomical sites, for example, inside the nose. Rarely, women report a nosebleed once a month!

See your doctor to discuss this.

Often when I poo after being constipated, my bum will bleed and be sore. Is that normal?

Dr Deborah Lee: If you bleed when you open your bowels, it's important not to be embarrassed and to go to your doctor.

It's most likely due to haemorrhoids (piles). However, rarely, bowel cancer can cause bleeding when you have a poo, so it's essential that you are seen and examined.

Most people do not have bowel cancer.

Bleeding haemorrhoids are serious however, as they can cause anaemia which makes you feel lethargic, faint, dizzy and unwell.

Don't leave it; make an appointment, and go get this checked out. Try not to be embarrassed. Doctors and nurses are well used to talking about these things. After all, they have bowels themselves! Bowels are just a normal part of body function. Your medical team will be sympathetic and do all they can to put you at ease.

What can I do to prevent constipation in the lead up to my period?

Because estrogen stimulates the gut, it may be best to stick with an estrogen-containing method if you are medically suitable. Because progesterone slows gastric motility, a progesterone-only method of contraception might exacerbate your symptoms; however, to my knowledge, this has not been specifically researched.

Does menopause affect your bowels, too?

Dr Deborah Lee: Understandably, bowel function could alter before and after menopause. Menopause is a time when estrogen and progesterone levels are low.

Estrogen stimulates the gut, so lowered estrogen levels could result in constipation. Other factors could also affect bowel function at menopause, such as weak pelvic floor muscles. In midlife, women are more likely to be taking medication that could cause constipation, such as iron, some types of antidepressants, and cardiac medication.

Why are we not taught this in school?

Dr Deborah Lee: Toileting habits are still pretty much taboo in schools. In one 2013 survey:

Feeling shy about asking to leave the class to go to the toilet and holding back the urge to wee or poo, coupled with a lack of drinking water, can result in bowel and bladder problems that continue into adult life.

Girls learn about periods and female physiology in school, however, it's a shocking fact that 60% of girls in the UK start their periods without knowing what is happening to them.

This leads to a huge amount of shame and embarrassment. Add this to the on-going problem about bowels and bladders. A lot needs to be done to talk about bodily functions as part of everyday life and break down any stigma.

Mhairi Cochrane: I think there remains a huge gap in education surrounding periods. I am sure everyone remembers being told the basic biology of periods (usually in a class of only females- split by the teacher) and in an environment that was pretty awkward and basic.

I also think the complexity, uniqueness, and social side of periods are ignored by school curriculums, which only sets us up for failure.

Young women are given a narrative that barely touches the surface of the reality of period symptoms/pain, and implies that we will all experience the exact same symptoms/pain throughout our lifetime and throughout our periods. Anyone who has had a period will know that this is entirely false and has probably had the panic of "oh my god, am I dying?".

Moreover, vulva and vaginal health are also stigmatised. We are told to "get on with it" and given very little information in school. Perhaps this is because, as a nation, we tend to have an issue with any bodily function. I think that vaginal/vulva health is particularly stigmatised, personally.

Dr Deborah Lee: Estrogen and progesterone have been found to affect gastrointestinal function. Therefore, any type of hormonal contraception could cause GI (Gastrointestinal) symptoms.

Here is a brief list of GI side effects on different currently available forms of hormonal contraception:

Common side effects are nausea and abdominal pain, occurring in around 1 in 100 users.

Uncommon side effects are vomiting and diarrhoea reported in between1/100 to 1/1000 users.

There is a rare possible association between taking the combined pill and IBD (Inflammatory bowel disease).

The contraceptive patch (Evra) and the vaginal ring (NuvaRing) are also methods of combined hormonal contraception. GI side effects are reported to be similar to those of the combined pill. NuvaRing users have sometimes reported constipation.

LARC methods, are currently highly recommended. These are methods which are fitted/inserted less than once per month and require very little input on the part of the user.

Once in place, they can be largely forgotten. They include intrauterine devices (IUD’s and IUS’s), the injectable contraceptive (Depo-Provera) and the contraceptive implant (Nexplanon).

Nonhormonal contraceptives, such as a copper IUD, and barrier methods – condoms, caps, and diaphragms do not affect bowel function.

If you already suffer from GI symptoms, you must discuss these with your doctor at the contraceptive consultation.

If you develop GI symptoms for the first time when using a method of contraception, do not stop your contraception, but go and discuss this with your doctor.

Many initial side-effects are teething side-effects and will disappear with time. If this is not the case, you may need to swap to a different method. You might prefer a low dose contraceptive, a LARC method, a progesterone-only method, or a nonhormonal method.

One suggestion that might help would be to take the pill continuously by running packs of pills together and missing out the 7-day break. This avoids the rise and fall of hormone levels associated with the pill-free week. It can also be achieved by continuous use of the patch or the ring. This is known as extended use of contraception and has been found to be safe and effective, along with other advantages.

Some experts suggest bowel symptoms may be related to the rise and fall of hormone levels rather than the level of hormones per se.

In general, women with IBS seem to have fewer IBS symptoms when taking the combined pill than women who do not.

In conclusion, keep an eye on your symptoms, but know that a changes in your pooing abilities during your period is usually entirely normal.

10 Valuable Lessons From The Master