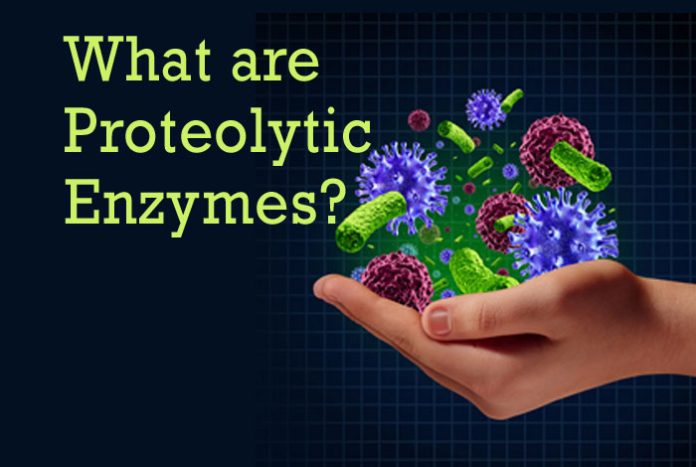 There have been hundreds of articles published on proteolytic enzymes, including double–blind, placebo–controlled experiments. Proteolytic enzyme therapy reduces the symptoms and signs of inflammation: pain and tenderness, redness, swelling, heat, and loss of function of the injured tissue. Proteolytic enzyme therapy has been demonstrated to speed recovery from injuries and allow for quicker return to athletic training and competition. One study compared the effects of Wobenzym® (a mixture of proteolytic enzymes, amylase, lipase and rutin) to placebo in forty-four athletes with ankle sprains and found Wobenzym® to reduce pain and swelling and improve mobility. The Wobenzym® group was able to return to work and to training in 1.7 and 9.4 days, respectively. By contrast, the placebo group took 4.4 and 15.9 days. Prophylactic use of proteolytic enzymes has also been demonstrated to reduce the incidence and severity of injury. In one study, 225 boxers were given proteolytic enzymes and another 225 were given placebos before bouts. Incidence of hematomas in the enzyme group was 3.1% versus 8.0 % in the placebo group.

Proteolytic enzymes need to be taken in large doses because their absorption is poor. Taking a mixture of proteolytic enzymes is more effective than single enzymes. The best–researched enzymes for healing injuries are bromelain, papain, trypsin and pancreatin. Typical dosing, depending on a variety of factors, and should be taken in consultation with a nutrition advisor. Therapy should continue for about a week. It is critical to take the enzymes on an empty stomach: half an hour before meals or two hours after eating. They should not be taken if you are hemophilia, anticoagulant therapy (use of blood thinners), pregnancy, and allergy to sources of the enzymes (bromelain is from pineapple, papain is from papaya, and trypsin, is derived from livestock). Intestinal gas and loose stool are the only side effects occasionally attributed to enzyme therapy and are dealt with by lowering the dose.

You should not take the proteolytic enzymes papain or bromelain if you are taking warfarin (Coumadin), aspirin, or other drugs that "thin" the blood. Do not take bromelain if you use sedativs. Consult with your doctor before using these or any supplements to treat a medical condition.

Do not take them if you are:

Made from pineapple, it's an enzyme that specifically helps with digesting proteins and has been found to help your body absorb nutrients and even medications more efficiently. It has been shown to have anti-inflammatory, antithrombotic, anti-coagulating, diuretic and de-clotting abilities and helps maintain a healthy cardiovascular and immune system. It's often administered as a pain remedy for arthritis (fantastic for reducing acute or chronic joint pain), a digestive aid and a decongestant for sinusitis (Rhinosinusitis). May also be helpful when travelling long distance by air. It's also been demonstrated to work synergistically with Turmeric, another anti-inflammatory.
Negative reactions in rare cases can be allergic/asthmatic (pineapple), upset stomach and diarrhoea. As it increases the risk of bleeding, it is therefore not recommended for those with bleeding disorders or when taking blood thinners. It has also been known to increase heart rate in some and should be used cautiously by individuals with heart conditions.

Papain extracted from the leaf and raw fruit of the papaya plant, may aid digestion, relieve pain, and reduce inflammation. This enzyme is often put together in supplement form with bromelain.
Those who are allergic to latex shouldn’t use papain. Over dosing may cause: throat irritation or damage, stomach irritation, allergic reaction. It may also lower blood sugar and increase your risk of bleeding. Pregnant and breastfeeding women as well as children should avoid it.

Trypsin is a chemical produced naturally in the pancreas and enables you to digest the protein you eat and enables the absorption of vitamin B-12. In supplement form it is extracted from the pancreas of livestock such as pigs. It counteracts infection, decreases inflammation and stimulates the healing process. It is also given in combination with bromelain and rutin for treatment of osteoarthritis. There is also a combination prescription spray-on product that is used for healing mouth ulcers. When used externally it may cause side effects such as pain and burning.

Turmeric is a spice which has been used in Asia for thousands of years and is a major part of Ayurveda. Turmeric is the main spice used in curry, but the root of turmeric is also used widely to make medicine. The active ingredient is a yellow-colored chemical called curcumin. Turmeric has been used for arthritis, heartburn (dyspepsia), joint pain, stomach pain, improved memory, Crohn's disease and ulcerative colitis, hemorrhage, diarrhea, intestinal gas, stomach bloating, loss of appetite, jaundice, liver problems, stomach ulcers, irritable bowel syndrome (IBS), gallbladder disorders, high cholesterol, skin inflammation from radiation treatment and fatigue. It might therefore be beneficial for treating conditions that involve inflammation. Turmeric does not usually cause significant side effects; however, some people can experience stomach upset, nausea, dizziness or diarrhea.
When choosing a Turmeric supplement, make sure the bioavailability has been increased usually by including the black pepper extract piperine. If this is not the case then most of the curcumin will pass through the intestines unabsorbed.

Devil’s claw is a herb which is native to southern Africa. Taking devil's claw by mouth seems to reduce low-back pain. It appears to work about as well as some non-steroidal anti-inflammatory drugs. Devil's claw has also been used to help against "hardening of the arteries" (atherosclerosis), arthritis, gout, muscle pain (myalgia), back pain, fibromyalgia, tendonitis, chest pain, gastrointestinal (GI) upset or heart burn, fever, and migraine headache. It is also used for menstrual problems, allergic reactions, loss of appetite and kidney and bladder disease.
There are special precautions when considering using this herb. Devil's claw might increase the production of stomach acids. People with stomach ulcers should avoid using it. It could be a problem for people with gallstones as it may increase bile production. If you are using it together with medications that lower blood sugar it might cause blood sugar to drop too low. It is recommended in such cases to monitor blood glucose levels closely. Since devil's claw can affect heart rate, heartbeat, and blood pressure, it might harm people with disorders of the heart and circulatory system.
The benefits of this herb are many, but the side effects can be an issue as Dr. Meschino explains.

Boswellia grows in northern Africa and India and is capable of helping to fight inflammation in addition to pain. It has been clinically studied for arthritis and joint pain, with results showing slight improvement of both pain and function compared to a placebo. Positive effects of Boswellia in some chronic inflammatory diseases including rheumatoid arthritis, bronchial asthma, osteoarthritis, ulcerative colitis and Crohn's disease have also been noted.
Turmeric has constituents that have been found to exert antioxidant, anti-inflammatory and anti-mutagenic activity, which means it helps combat many of the same illnesses that boswellia does. Researchers believe that anti-inflammatory herbal agents might be even more protective when they’re used together, which makes turmeric and boswellia a great combination. It might take several months for boswellia to have an effect, so give it time to work best and reduce pain or swelling before stopping. There are no reported side effects.

Rutin is a plant pigment (flavonoid) that is found in certain fruits and vegetables. It has chemicals that might have antioxidant and anti-inflammatory effects. Taking rutin by mouth in combination with trypsin and bromelain (Wobenzym) seems to be about as effective as the medication diclofenac (Voltaren) in relieving pain and improving knee function in people with osteoarthritis. Some people believe that rutin can strengthen blood vessels, so they use it for varicose veins, internal bleeding, hemorrhoids.
Side effects including headache, flushing, rashes or stomach upset have been noted in some cases.

Do Clothes Make The Man?