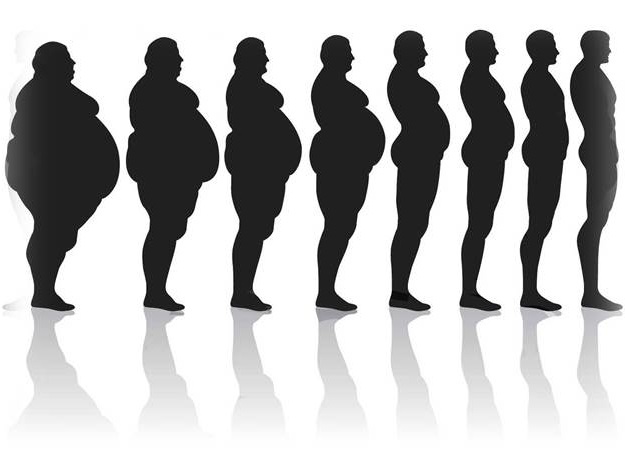 There are good and bad points about every diet plan. Here are some examples:

Cutting down on carbohydrates means eating less sugars, starches and fibres found in fruits, grains, vegetables and milk products. Meals consist of mostly or only protein such as meat, eggs, fish and sometimes pulses such as beans and lentils. Protein encourages the release of the hormone peptide YY which signals to you that you are full. If you eat meals based on protein you will feel full sooner, so you will eat less (and therefore less calories), and also feel satisfied for longer, so you are less likely to snack (so less calories). The common, sudden drop in weight after starting the diet is because dieters find themselves urinating often as the body drops water (carbs hold water), showing as ‘weight loss’ on the scales.

Usually two meals per day are replaced with a ready-made milkshake, soup or bar, with a calorie-restricted meal once a day, and sometimes low-calorie snacks in between such as fruit or small cereal bars. The meal shakes and bars tend to be around the 200-calorie mark. Two of these, two 100 calorie snack bars, and one 600 calorie meal add up to 1,200 calories per day, which most people will lose weight on.

This diet advocates a ratio of 40:30:30 for carbohydrates, (lean) protein and (unsaturated) fats respectively. This is said to be a good ratio of food groups for overall health, which is no surprise seeing as it is similar to the recommendations given by the Food Standards Agency.
Weight loss ultimately comes from the fact that if you follow the diet strictly (with portions stated in the books) you will be eating only 1000-1300 calories per day.

Foods are given a number which tells you how fast it is absorbed into the blood stream - the lower the number, the slower it is absorbed, and therefore the steady release of energy keeps you sustained for longer, dispensing the need to snack on high sugar foods. Low GI foods also fill you up quicker, so you eat less in the first place, as they tend to be higher in protein, and/or fibre than high GI foods. Dietary replacement of saturated fats by carbohydrates with a low glycaemic index may be beneficial for weight control. Removing foods such bread cerials sweetened drinks processed dairy and even whole grains or starchy veggies from your diet are more important dietary changes that will result in your body releasing less insulin. This helps to balance blood sugar levels, reduce craving and fatigue, speed up weight lose leaving you feeling more clear headed.

These vary enormously but usually involve reducing your food intake to fruit and vegetables and their Juices, sometimes with a small amount of plant foods such as lentils and quinoa. When followed strictly their calorie intake is usually very low, resulting in weight loss. The diuretic and laxative effect of all the fruit and vegetables can display apparent further weight loss, but this is purely to due to water loss and empty bowels.

This is similar to calorie counting, except foods are given a number of points according to the calories and fat in them. For this reason, if you stick to your given points, you will lose weight.

These work by suppressing appetite, reducing the absorption of fat in the bowels, speeding up the metabolism, or a combination of all three. However, placebos have proved to be equally as effective in some studies.

Eat half a grapefruit or a glass of grapefruit juice before each meal. Grapefruit contains enzymes which aid digestion of protein. For this reason, most meals are only protein and non-starchy vegetables. It is probably also likely that you are full of (very low calorie) grapefruit and so eat less of your meal. Another common factor of the different versions available is the low-calorie allowance - 800 to 1000 calories daily, and let’s face it, most people are going to lose weight on this amount in any case.

Fibre fills you up very quickly and is often found in low GI foods such as oats and in particular the bran part of cereals (which make you feel fuller longer), and in fruit and vegetables which don’t contain many calories. Eating this way will help combat overeating and therefore cut the number of calories consumed.

This uses the principal that proteins and carbohydrates need different enzymes to be digested; proteins need acidic enzymes and carbohydrates need alkaline ones. By eating both at the same time the two enzymes cancel each other out, rendering digestion less effective. Partially digested food is then left in the intestine to be absorbed and deposited as fat, as well as causing indigestion and other health problems. Food combining meals consist of small portions of either protein or carbohydrates plus vegetables, with a minimum four hours between each meal. The strict regime leads to reduced calorie intake, though there’s no evidence that separating food groups in itself helps towards weight loss.

This way of eating consists of only raw foods, or food not heated above 92°f – 118°f depending on the food in question, in order to preserve nutrients and more specifically enzymes, which raw foodists champion for their various benefits to health and digestion. Called a ‘movement’ rather than a ‘diet’ as it is a way of life for followers, weight loss is often cited as a common benefit. This is mostly due to the vast majority of the diet being low calorie, low GI, and high fibre, so it fills you up, keeps you feeling satisfied for longer, and keeps blood sugar steady.

Involves eating normally (whatever you want within reason, bingeing on three tubs of ice cream in one sitting would probably not count as reasonable!) for five days a week, then restricting calories to 500 a day for woman or 600 for men on two days. ‘Fast’ days can be any two days and leads to a calorie deficit over the week.

Intermittent fasting can also be achieved by extending the natural fasting period during sleep by missing out breakfast, taking your first meal at midday and your last meal at 8:00pm. You have then been fasting for 16 hours and restricting food intake to an 8-hour window. This is known as time-restricted fasting and given the name the 16:8 diet. It’s not necessarily about eating less, moreover restricting the time in which you can eat. During the 8-hour window when you can eat, try to eat normally throughout the period and don’t binge.

How to Be Emotionally Intelligent

How to Avoid Burnout