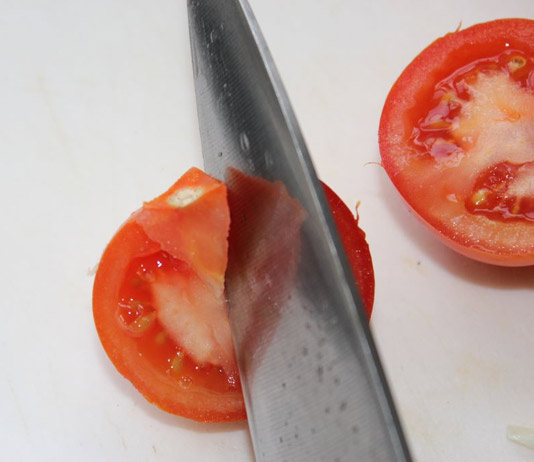 We consume some everyday foods without giving a thought to the dangers that lurk beneath the surface. There are reasons behind why we are trained from an early age to eat only certain parts of their anatomy. Even during food processing, there are several procedures that strip foods of their poisons to make them human-friendly.

This beautiful plant that is known for its antioxidant activity and has been used in medicinal syrups, sodas and liquors as a folk remedy for centuries to lower cholesterol, improve vision, boost the immune system, improve heart health and for coughs, colds, flu, bacterial and viral infections and tonsillitis.

Most species of Sambucus berries are edible when picked ripe and then cooked. Both the skin and pulp can be eaten. However, it is important to note that most uncooked berries and other parts of plants from this genus are poisonous and will cause severe stomach upset.

Next time you decide to pick some elderberry flowers for eating, be sure to eat just the flowers.

We all know what toadstools are. A toadstool is a mushroom, not a separate type of plant. They are part of the mushroom family known for being incredibly poisonous. In total there are about 30 species of mushroom that have proven consistently fatal to humans. In addition there are a further 20 that have on occasions been known to cause death.

Going into the woods to pick and eat a random selection of toadstools and mushrooms is pretty much like playing Russian roulette, so unless you are an absolute expert on gathering mushrooms you should probably steer well clear and stick to mushrooms available from the supermarket. The problem is, is that the one’s that will really do some damage look pretty unthreatening, often just like the edible ones.

If you've ever been fishing or crabbing in the mediterranean or in the ocean, you may have seen or caught a puffer fish (also known as a blowfish). The eyes and internal organs of puffer fish are highly toxic.

Some restaurants in Japan have specially licensed chefs that prepare what is known as “fugu” from very thin slices of the flesh of certain species of pufferfish. The skin is removed and the flesh carefully separated from all internal organs, minimising the amount of toxin in the portion to be served. Fugu is regarded as a delicacy, but despite the care taken in its preparation it often produces mild symptoms due to minute traces of tetrodotoxin remaining in the flesh. In Japan serious poisoning and death from eating fugu is not uncommon.

Most cases of pufferfish poisoning have involved poorly informed anglers who have caught fish for home consumption, having no knowledge of the species or the likely consequences of eating them.

Blowfish, pufferfish, toadfish or toads should never be eaten, unless they are prepared by a professional chef trained in fugu. Training to acquire a license in fugu preparation takes two to three years, and only 30% of trainees pass the test.


Castor oil comes from the castor bean plant. One single castor bean can drop a human to his or her knees. Four can potentially kill a horse. Castor beans are loaded with ricin, a poison. Many field workers who gather the beans today tend to experience the negative side effects of this poison.

It is advisable to keep children away from the castor bean plant and not let them make necklaces with its seeds. If they ingest the leaves or swallow the seeds, they may get poisoned. The highly toxic seeds beaded into necklaces, cause skin irritation. If the seed is swallowed without chewing, and there is no damage to the seed coat, it will most likely pass harmlessly through the digestive tract. However, if it is chewed or broken and then swallowed, the ricin toxin will be absorbed by the intestines.

Look for carefully handled and prepared castor oil. Castor beans undergo strict safety guidelines which must be met in order to place this product on shelves.

The bitter almond (as opposed to “sweet” almonds) have the strongest scent and are very popular in many countries. But there is one problem: The bitter almond contains traces of prussic or hydrocyanic acid in its raw state, which can be lethal. As few as 7 to 10 unprocessed bitter almonds can be lethal to a human. In order to remove the toxins, they must go through a specialized heat treatment. For some countries, such as New Zealand, United States the sale of raw bitter almonds is prohibited.

Bitter almonds are boiled or baked, which drains out most of the hydrocyanic acid. Usually the oil is extracted from them and used to make almond butter, flavoured liqueurs or almond extracts. Due to its stronger almond scent, they are often used to make almond soaps, lotions or fragrances.

As a food only consume bitter almonds that have been properly processed and heated.

An apple a day may keep the doctor away, unless you eat too many of its seeds as they contain cyanogenic acids (cyanide).  Cherry stones and seeds from related fruits, including peaches, plums, pears and apricots also contain cyanogenic glycosides. Your body can deal with small amounts of cyanide compounds but if you eat enough apple seeds or cherry stones, you can die. If you accidentally eat the odd cherry stone or apple seed, you’ll proably be fine. Actually, if you swallow several seeds whole, the amount of toxic compound absorbed is a minimal. Chewing the seeds makes them much more dangerous. Children and pets are more likely to suffer poisoning from eating such seeds than adults.

Be aware of your stone fruit consumption, and be sure to pluck the seeds out as you go. Apples, cherries, plums…are a delicious and healthy snack when prepared properly.

Rhubarb (Rheum rhabarbarum) is a species of plant in the family Polygonaceae. They have large triangular leaves with long fleshy stalks. They have small flowers grouped in large compound leafy greenish-white to a rose-red cluster of flowers. The stalk is the only part that can be eaten, as the leaves are extremely high in oxalic acid, which can make you very ill. This is why many people believe that rhubarb is poisonous. Contrary to popular belief, rhubarb contains many medicinal effects.

Jamaica’s national fruit, Ackee was actually indigenous to West Africa. Also known as achee, akee apple, or akee, the ackee is related to the lychee fruit and has a delicate, slightly nutty flavour. In many West African countries, including Cameroon, Ghana, and Senegal, ackee is commonly eaten raw, fried in oil, or mixed in soups. In Jamaica, it is often cooked with codfish, onions and tomatoes, or curried and served with rice.

Only the soft, creamy inner flesh of the ackee is edible, as the seeds of an unripened fruit are poisonous. Because of the black seeds’ toxicity (the poison is called hypoglycin), it’s highly recommend that you do not attempt to prepare a raw ackee yourself unless you’re a seasoned ackee expert.

Today, tomatoes are touted as extremely healthy food sources in large part due to their high concentration of lycopene, an antioxidant that has been shown to reduce the risk of cancer, cardiovascular disease and macular degeneration.

The leaves and stems of the tomato plant contain a chemical called “Glycoalkaloid” which causes extreme nervousness and stomach upsets. Tomatine a slightly different alkaloid is also toxic but less so. However, when ingested in extremely large doses, it may cause gastrointestinal problems, liver and even heart damage. It is highest in concentration in the leaves, stems and unripe fruit; ripe red tomatoes have very low doses of tomatine.

Every part of the tomato fruit can be eaten except it may be advisable to remove the stem  the "core" or stem end which is a little tough and bitter. This is done by cutting a cone shaped plug around the stem scar. Also cut out any bad spots you find.

Potatoes are another vegetable with poisonous stems and leaves. Potato poisoning is extremly rare, but most fatalities have been attributed to eating green or raw potatoes (full of Glycoalkaloid) or drinking potato leaf tea.

Simply put, enjoy the wonderful and tasty crop for what it is (and not for its stem or leaves). Go crazy with baked potatoes, french fries or mashed potatoes, just leave anything green out of it!