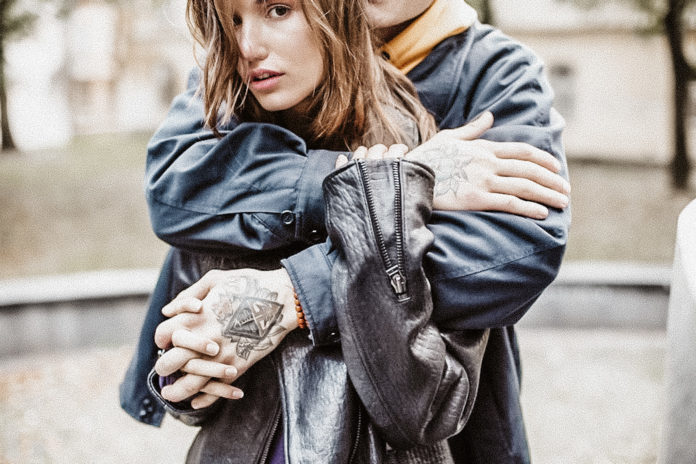 What if you love someone, but you feel as though they dictate what you can and can't do in life? What if everything you say and do is subject to the wants and needs of your partner? What if you do not have the autonomy needed to self-care?

If the above feels familiar, you might be experiencing being coercively controlled.

Coercive or controlling behaviour is a criminal offence, but the insidious nature of this emotional abuse, often makes it invisible to the person on the receiving end.

With the nation undergoing recurring lockdowns, this already dangerous form of domestic abuse is pushed further behind closed doors and hidden more fiercely from others. Strict social distancing measures, and not being able to interact with people outside of their household, adds a worrying amount of fuel to the fire. Without the capacity to see others or leave home, people can become trapped in their own house and have little chance of respite.

Since Covid-19, 67% of people experiencing domestic abuse told Women's Aid that their abuse had escalated, and their partner had more control over their life. Refuge found that visits to their website in April increased by 700%.

Cases of coercive control are worsening, but too often go unnoticed, unreported, and unprosecuted.

The BBC Three documentary, 'Is This Coercive Control?', depicted a social experiment that asked a group of young people to examine a relationship where coercive control took place. Men and women aged between 18 and 25 watched the progression of Rachel and Alex's relationship in a specially created drama and discussed the behaviour they saw at various points. The group was perceptive, identifying Alex's mistreatment of Rachel, but there was confusion and debate over who was at fault and at what stage the behaviour became abusive. Alex knowingly manipulated Rachel, and his coercive behaviour was indeed criminal. However, at the end of the programme, an overwhelming 70% of the group voted that Alex was not guilty of a criminal offence. The response demonstrated a lack of understanding of the crime of coercive control.

Although the exact behaviour and attributes of coercive control can vary from case to case, there are common patterns and characteristics used to define the crime.

For instance, repeated controlling or belittling actions over a sustained period of time are indicators of coercive control. The abuse is often initially subtle but gradually builds over several years. Abuse survivor Helen Walmsley-Johnson explains, 'The whole love thing, the sweeping you off your feet and charming the socks off you happens very quickly. The control part comes in very slowly underneath all that'. The perpetrator's control seeps into all corners of their partner's life.

Signs of coercive control include monitoring your activity - such as where you go or who you text - isolating you from your friends and family, dictating what you can and cannot wear, and embarrassing and degrading you.

Control can often extend to finances, as victim Mandy Scrivens explains, 'we got a joint bank account, which I thought was great at the time. But I wasn't actually allowed to use the joint bank account'. Instead, Mandy was given an allowance by her husband, despite being the main earner in their relationship. Intimidation and threats of violence are also characteristic of coercion; however, it is crucial to note that coercive control does not have to include violence for the abuse to be valid and/or illegal.

'Well, why doesn't she just leave?' – is the harmfully prejudice question often asked in response to cases of domestic abuse.

When an individual's independence is stripped away, their confidence and self-worth can be completely distinguished, they are most likely cut off from their friends and family and therefore may not (feel like they) have support. If children are involved, the pragmatics of leaving becomes even more complicated, and as mentioned above, they may have little to no control over their finances. Walking away from an abusive relationship can (and often does) have tremendous obstacles. It can be an exceptionally fearful ordeal.

Victims are manipulated into being entirely dependent on their partner. The continued attachment to an abuser is known as a 'trauma bond' and is similar to Stockholm syndrome. Counsellor Sandra Harewood explains, 'As we are programmed from birth to turn to an attachment figure when threatened, we instinctively turn to our romantic partners when abuse occurs. We do this even if they are the ones who are being abusive'.

One anonymous victim writes of her feelings towards her abuser after their separation, 'In spite of the pain and anguish he has caused me, I feel deeply sorry for him. I suppose I still love him'. It may seem difficult to comprehend, but continued loyalty to an abuser is common and demonstrates the extent of control a coercer's psychological manipulation has over their partner.

However, help is out there.

There are several fantastic resources and charities offering salvation for women being coercively controlled. Charlotte Kneer, the CEO of the Reigate and Banstead Women's Aid and a survivor of domestic abuse, is the guest on the second episode of the Women Who Self Care podcast. She advises anyone who is experiencing domestic abuse to seek help, but not to think about the whole picture and instead, 'think one little step at a time'.

To hear more about Charlotte's personal experience, her advice and the incredible work she does, you can listen to the podcast here.

If you think you are experiencing coercive control or any form of domestic abuse, further support and resources can be found on the National Domestic Abuse Helpline (nationaldahelpline.org.uk).

You can chat online to a specially trained professional if you need support and/or guidance, and there is the option to view the website privately if you are wary of having your history monitored. We would also recommend deleting this article from your internet history for the same reasons (here's how to do it on chrome, which is similar to most search browsers).

There has, however, been positive steps in the fight against domestic abuse.

A bill on domestic abuse is making progress in parliament, which demands a statutory definition of domestic abuse. It intends to give the police more power to protect individuals and introduce legislation to stop abusers from cross-examining their victims in court, which, bizarrely, they can currently do.

Last year the bill finally passed through the UK House of Commons and is now due for a second reading in the House of Lords, bringing us one step closer to protecting the vulnerable and acknowledging the severity and criminality of coercive control.