The Power of Peer Pressure 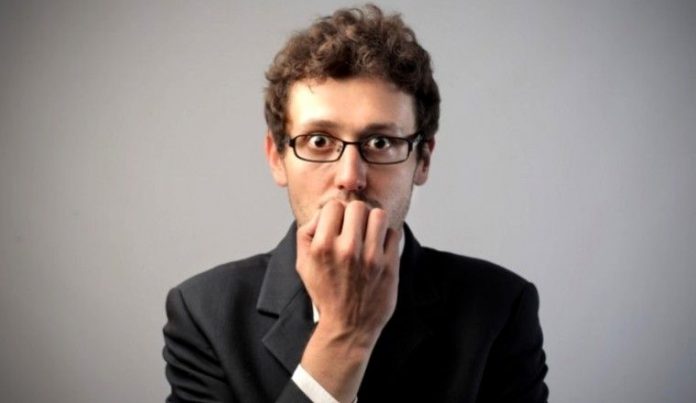 During the trials held directly after the Second World War in Nuremberg, the phrase "I was just following orders" became the plea for many of those who committed horrific atrocities to mankind. The leading American social psychologist Stanley Milgram motivated by what he had seen at the trials conducted an experiment to measure the willingness of people to obey authority figures even when it conflicted with their personal conscience. The experiments began in July 1961, in the basement of Linsly-Chittenden Hall at Yale University, designed to answer the popular question at that particular time: "Could it be that Eichmann and his million accomplices in the Holocaust were just following orders?" The Milgram experiment on obedience to authority figures was ground breaking, it was designed to measure the willingness of men from a diverse range of occupations with varying levels of education, to obey an authority figure who instructed them to inflict pain (percieved electric shock) on another human being, an act conflicting with their personal conscience.

An experiment lead by Professor Philip Zimbardo in August 1971 was a study of the psychological effects of becoming a prisoner or prison guard. Both roles played by Stanford University college students, whereby neither where really prisoners or guards simply playing their given role. The purpose of the experiment was an investigation into the causes of conflict between guards and prisoners. The experiment was terminated after only six days due to the extreme behavior by both “guards and prisoners”. The participants adapted to their roles well beyond Zimbardo's expectations, stepping beyond predicted boundaries, as the guards enforced cruel authoritarian measures and ultimately subjected some of the prisoners to psychological torture. Many of the “prisoners” passively accepted psychological abuse and, at the request of the “guards”, readily harassed other “prisoners” who attempted to prevent it. One-third of the guards were judged to have exhibited "genuine sadistic tendencies". It was made into a film of the same name in 2015.

In both the Milgram and the Zimbardo experiments, participants complied with social pressures. Conformity was strengthened by allowing some participants to feel “more” or “less” powerful than others. In both experiments behavior altered to match the group stereotype. It demonstrated how easily people take on roles and behave as expected given a certain environment. Similarities can be drawn with the situation that developed at the Abu Ghraib Prision in Iraq, except that was a real life scenario.

The Asch conformity experiments were a series of laboratory studies published in the 1950s that demonstrated a surprising degree of conformity to a majority opinion.

Peer pressure is the influence of a social group or authority figure on an individual. It starts in your teens influencing how you dress, what music you listen to..  Most people’s first encounter with negative peer pressure happens through friends or other people their age trying to convince them to do something that is either harmful to their body or illegal.  How many of you remember how you got your first cigarette? Peer pressure, with regard to smoking, can also have a reciprocal effect, as many people also quit as a result of peer pressure.

Things people purchase because of peer pressure are: Cigarettes, Smart phones, Alcohol. Apple Products, Cars. Giving in to peer pressure too often can put you in debt. Consider each purchase before you make it, and the reasoning behind your expenditure. If you're only buying in order to fit in or keep up with the joneses, perhaps you need to step back and rethink whether you need it at all.

How Should You Deal With Peer Presure?

So you think peer pressure is only a problem for young people? When we reach adulthood, the worries about how we look, the desire to be accepted, sometimes even the willingness to do something just to fit in can continue to affect many of us. chose the people we surround ourselves carefully as they will have a major influence on how we feel, think and behave. And that can be a very positive thing. Happiness can greatly depend on who you choose to spend time with.

Negative peer pressure exists for all ages. What matters is finding the strength to stay true to your own convictions. Here are some strategies to deal with peer pressure. In situations where you're being offered something that you don't want, you can dismiss the question. Be firm and tell them you're not interested. Simply say no! When someone is pressuring you to do something unhealthy, use eye contact and say "no" directly. If you have to explain yourself consider phrasing your thoughts in terms of, "I think, I will, I want."

Make a joke of it

You can shut down a request from a peer by turning the request into a joke. This shows the person that you think the request is laughable, which will quickly tell them that you won't listen to them.

In cases where you are being criticised, remember that criticism comes from a place of insecurity. Rejecting the status quo and trying to make changes sometimes feels to others like you are rejecting them. There will always be someone questioning your choices. What really matters in the end is whether your choices reflect your core values.

5 Films Every Entrepreneur Should Watch